Mark Chimsky is an editorial consultant with extensive publishing experience.  He edits both nonfiction and fiction.

His areas of expertise include memoir, self-help, lifestyle, business, pop culture, books for the boomer market, religion and spirituality. 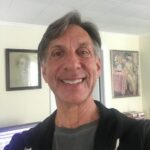 Mark has headed major publishing imprints at Harper San Francisco, Little, Brown, and Macmillan.  He was executive editor and editorial director of Harper San Francisco; director of trade paperbacks at Little, Brown; editor-in-chief of the trade paperback division at Macmillan, and executive editor at the Quality Paperback Book Club, a division of Book-of-the-Month Club.

In his publishing career, Chimsky edited Johnny Cash’s best-selling memoir, Cash.  He developed such original and successful books as the Best American Erotica series, and 65 Things to Do When You Retire, which The Wall Street Journal named “[one of] the year’s best guides to later life.”

For nearly six years he was editor-in-chief of Sellers Publishing in South Portland, Maine, where he developed and edited a number of original anthologies, including Creating a Life You’ll Love, which won the silver medal in ForeWord’s 2009 Book of the Year Awards.  His most recent collection is 25 Women Who Survived Cancer: Notable Women Share Inspiring Stories of Hope, which includes essays by Robin Roberts, Joan Lunden, Fran Drescher, Barbara Delinsky, Liz Lange, and Marissa Jaret Winokur.

Prior to his move to Maine, Mark ran his own editorial consulting business.  He helped authors and agents develop book proposals and edit manuscripts. As an editorial consultant, he helped Katherine Crowley and Kathi Elster create the proposal for their national best-seller, Working with You Is Killing Me.

Mark’s editorial achievements have been noted in Vanity Fair, The Nation, and Publishers Weekly.

As a writer, Mark is an award-winning poet whose poetry and essays have appeared in The Journal of the American Medical Association, Wild Violet, The Oakland Review, Three Rivers Poetry Journal, and Mississippi Review.

In addition, Mark was on the faculty of New York University’s (NYU’s) Center for Publishing, and for three years served as the director of the book section of NYU’s Summer Publishing Institute.  He is currently affiliated faculty in the Writing, Literature, and Publishing Department at Emerson College in Boston.

Mark has written for such online publications as The Huffington Post and Next Avenue, and he is currently a contributing writer for The Good Men Project.

Editor of Creating a Life You’ll Love, winner of the silver medal for ForeWord’s Book of the Year Award (self-help category)

Editor, 65 Things to Do When You Retire, named by The Wall Street Journal as “[one of] the year’s best guides to later life”

Editor of Mom, Incorporated by Aliza Sherman and Danielle Elliott Smith, winner of the gold medal for ForeWord’s Book of the Year Award (career category)

Affiliated Faculty in the Writing, Literature, and Publishing Department at Emerson College, Boston (2014 to present)

Contributing writer to The Huffington, Post, Next Avenue, and The Good Men Project

Do you have questions about a writing issue? Need help with writer's block? Want to brainstorm some book ideas?

Schedule a 30-minute consultation with Mark by phone, Skype, Zoom, or FaceTime!

Check out Mark's new series of Master Classes for writers!